Replacing the paper archive for invoices

Until a few years ago, Burkhalter Technics AG archived its invoices in a paper archive format. As a first step, these documents should be transferred into an efficient and digital archiving solution via iTernity Compliant Archive Software (iCAS). However, in the future, the use of iCAS will be going far beyond invoices.

The success at a glance

Certified, regulatory-compliant archiving of all invoices
Rapid provision and retrieval of original invoices
High scalability of the archiving system
Seamless integration into the existing IT infrastructure
The company

The company at a glance:

Burkhalter Group is Switzerland’s leading independent provider of electrical engineering in construction. About 2,800 employees work in more than 40 group companies. Burkhalter Group annually receives about 250,000 invoices from vendors and business partners. Until a few years ago, these were processed in paper form and archived in folders. The process of finding and archiving these invoices was very laborious and no longer up to date. As a consequence, Roger Bösch and Burkhalter Group’s central IT department were looking for an electronic invoice processing solution.

New ways of archiving must be found

“The workflows and search of invoices in the folders caused great effort. If an invoice was filed incorrectly, one might have to search it like the needle in the haystack. As a consequence, we agreed that we wanted to make these workflows more efficient.”

Shortly before the decision to change over to an electronic archive, the company’s IT had implemented a storage area network from HPE. Hence, the compatibility of this hardware with the new archiving solution was imposed as a condition – not least, to prevent interface problems during backup. All parties involved wanted a solution which could be integrated seamlessly into the existing infrastructure and flexibly scaled out if needed.

The solution, which was eventually selected, consists of the main applications AnyDocINVOICE for processing paper invoices, Basware Invoice Processing for the workflow, and Kendox InfoShare as document management system. Finally, audit-proof long-term archiving of invoices is realized with iTernity iCAS on HPE SAN storage. Besides the ability to seamlessly integrate into the overall solution, iCAS has given Burkhalter further significant benefits:

No wonder that electronic archiving of invoices did not stop at Burkhalter Technics:
By now, 75% of all companies are using the system – and others will follow if necessary. Now, it is being considered whether data generated in costumer projects could be stored with Kendox and archived audit-proof with iCAS. iCAS’ success story at the Burkhart Group has only just begun.

“Since the beginning of the project of electronic invoice processing, I had hoped that the interest in document archiving would increase. This is the reason why, at that time, I wanted iCAS as a flexible scalable archiving solution by all means: Just extend the capacity of the storage system and everything runs smoothly.”

Would you like to learn more about our solutions and the benefits of Software-Defined Archiving? Take a free online demo and tell us about your challenges in long-term data storage.

Go further and explore the world of archiving 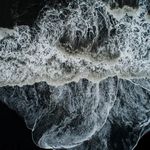 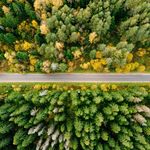 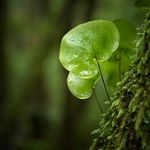 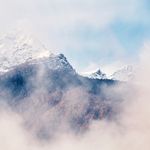 Downloads
Insights, News & Events | Stay up to date!
Subscribe to our Newsletter
We use analytics technologies from third parties to make your visit on our website more user-friendly and to customize advertising according to your preferences. You can withdraw your consent for this at any time. Details can be found in our privacy policy.